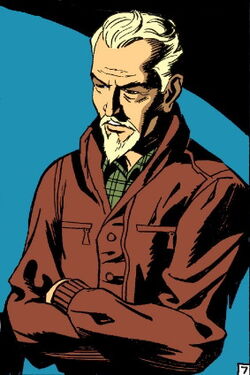 Arthur Stacy was the brother of George Stacy. While dealing with the grief of her father's death, and Peter's sudden strange behavior, Gwen got a call from her Uncle Arthur offering her to come out to England to live with his family. She later left after a fight with Peter.[1] Peter Parker traveled to London and was about to see Gwen and her family, but he noticed the news reports about Spider-Man being in England, and realized that Gwen could put two and two together and figure out his secret identity. Peter was forced to go home without visiting the Stacy family.[2]

Arthur Stacy later traveled to New York City to find Spider-Man, apparently his brother's killer, and bring him to justice.[3]

Like this? Let us know!
Retrieved from "https://marvel.fandom.com/wiki/Arthur_Stacy_(Earth-616)?oldid=5365966"
Community content is available under CC-BY-SA unless otherwise noted.