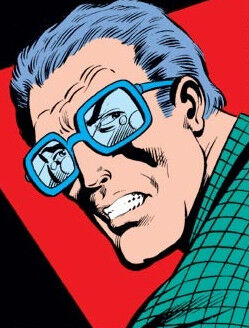 August Masters was an agent of Professor Anthony Power, overseeing an experiment involving psychics. He often posed as a government agent to manipulate people into doing his bidding. Power and Masters intended to launch a lethal telepathic strike on the Soviet Union, but were stopped by Captain America and the Defenders.[1][2]

Like this? Let us know!
Retrieved from "https://marvel.fandom.com/wiki/August_Masters_(Earth-616)?oldid=3920757"
Community content is available under CC-BY-SA unless otherwise noted.