"Hulk Versus the World" 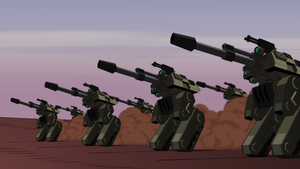 Appearing in "Hulk Versus the World"

Synopsis for "Hulk Versus the World"

Hulk fights and defeats Absorbing Man, then is attacked by the Hulkbusters. Just as he is about to personally attack Thunderbolt Ross, Hawkeye and Black Widow step in, ready to take down the Hulk for S.H.I.E.L.D.

Like this? Let us know!
Retrieved from "https://marvel.fandom.com/wiki/Avengers_Micro_Episodes:_The_Hulk_Season_1_2?oldid=6497083"
Community content is available under CC-BY-SA unless otherwise noted.