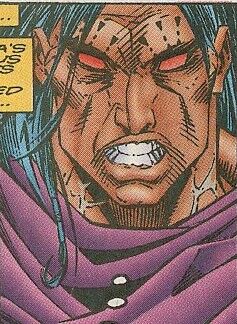 Exodus had awoken from another century-long slumber and tried to make X-Nation his Acolytes. They refused and were subsequently beaten, and even still December was one of the few who believed that Exodus wasn't that bad. Their minds were made up when Exodus refused to save the human population of Halo City and they refused to be in service to him. Those who survived were teleported away by Mademoiselle Strange and began to face their future.[1]

Seemingly those of Bennet du Paris of Earth-616.

Like this? Let us know!
Retrieved from "https://marvel.fandom.com/wiki/Bennet_du_Paris_(Earth-928)?oldid=5791210"
Community content is available under CC-BY-SA unless otherwise noted.