View source
watch 01:25
Jurassic World: Dominion Dominates Fandom Wikis - The Loop
Do you like this video?
Play Sound
Part of the Ties That Bind arc

This time we already know where she is.

Appearing in "The Ties That Bind: Part 1"

Synopsis for "The Ties That Bind: Part 1"

In Manhattan, after Steve gets a lead from a very old contact, Natasha recovers a mysterious package for him. She is assisted by a still bitter Clint, who immediately leaves once the mission is completed. Natasha delivers the item to Steve, who thanks her for her help and is glad to be working with her again. Natasha makes her way back to her apartment, but finds her window alight, indicating that there are intruders. She then sees that her security measures in the hallway have been tripped. She attempts to enter from the window, but is discovered and shot with tranquilizer darts, which causes her to fall from several stories.

Three months later in San Francisco, "Natalie" an architect, brings coffee to her coworkers and presents plans for an improved floor design on the building that they are currently working on. On her way to catch the train home, Natalie passes by a news crew and then spontaneously decides to buy a motorcycle to use for her commute. Meanwhile, Clint is watching the news and is shocked to see Natasha as she has been missing for three months. He is equally shocked that her apparent would be so easily blown by a news screw. He immediately sends a photo of the newscast to Bucky, and the two of them determine to track down her whereabouts.

Arriving at her villa in Sausalito, Natalie is greeted by her fiancé James. She's brought home Chinese takeout for dinner, although it got cold on the ride home. The couple are being monitored by Arcade, who has been hired by four unseen patrons to put Black Widow in this idyllic setting. Arcade impatiently asks his employers when he can kill the superhero.

Best-selling, Eisner–nominated writer Kelly Thompson (CAPTAIN MARVEL, STAR) and rising star artist Elena Casagrande (Catwoman) launch a new BLACK WIDOW series that changes everything! Natasha Romanoff has been a spy almost as long as she’s been alive. And she’s never stopped running, whether she was working for the good guys…or the bad. But Natasha’s world is about to be upended. Beyond San Francisco’s Golden Gate lies a mystery that only the Marvel Universe’s greatest spy can solve. Don’t miss the heartbreaking thrill ride of 2020! 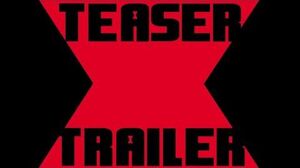