For fictional versions of C.B. Cebulski as a character within comic books and/or other media,
visit this disambiguation page.
C.B. Cebulski 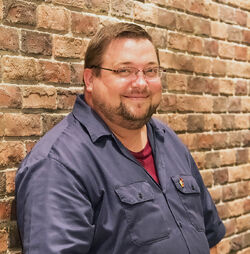 After working for Marvel Comics as a translator and freelance writer, C.B Cebulski joined the company full-time in 2002 as an associate editor. In 2011, he became the Vice President of International Brand Management. On November 17, 2017, it was announced that C.B. Cebulski succeeded Axel Alonso as Marvel Comics' Editor-in-Chief.[1]

Like this? Let us know!
Retrieved from "https://marvel.fandom.com/wiki/C.B._Cebulski?oldid=6836116"
Community content is available under CC-BY-SA unless otherwise noted.