Winter SoldierWho the hell is Bucky?

Appearing in "The Winter Soldier: Part 1"

Synopsis for "The Winter Soldier: Part 1"

In a flashback to April 1945, a Soviet submarine picks up an open transmission that Captain America is dead.

In present day, Nick Fury informs Steve Rogers of his suspicions that an enemy assassin may be Rogers' former partner, Bucky Barnes. Rogers refuses to believe that Bucky is alive, let alone working for the Soviets.

In a flashback to the previous night, Rogers, as Captain America, rescues several people from a burning building. He meets and quickly dispatches a group of AIM soldiers that call in the MODOC squad for back up.

Present day, Fury explains the evidence to Rogers that the Winter Soldier exists and is likely Bucky Barnes. He reveals that this individual has been spotted in the vicinity of several major deaths over the last several decades and has aged very little over this time.

The previous night, Rogers defeats the MODOC squad, but after he does he gets just a glimpse of someone that he believes to be his partner Bucky.

Present day, Rogers refuses to confirm that he did in fact see Bucky, smashing a screen in anger. Fury offers his suspicion that Aleksander Lukin may be behind the recent terror attack in Philadelphia as well as possibly being the owner of the Cosmic Cube. A plan is made to capture Lukin. Afterward, Fury pulls Sharon Carter aside to privately inform her that Neal Tapper, her ex-boyfriend and fellow S.H.I.E.L.D. agent, had died in the attack.

In 1945, the Soviet submarine goes to the site of Captain America's alleged death and picks up the body of Bucky Barnes.

A flashback in this story affects the chronology of the following characters:
James Barnes 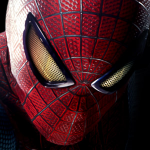 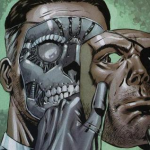