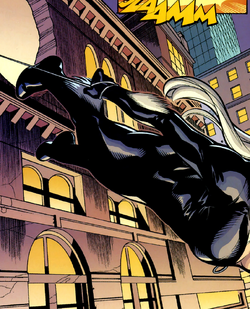 Spider-Man and the Black Cat crashed a party being held here by Garrison Klum, as they confronted and defeated Scorpia, who had been sent to kill Klum. While Klum was mugging for the camera, Spider-Man began to suspect he was Mr. Brownstone.[1]

Like this? Let us know!
Retrieved from "https://marvel.fandom.com/wiki/Carnegie_Hall?oldid=5596334"
Community content is available under CC-BY-SA unless otherwise noted.