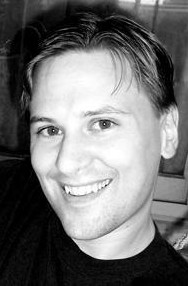 Casey Jones formerly lived in the Blue Ridge Mountains of Virginia with his wife and two daughters. He now lives in Florida. He started drawing comic books at the age of 17, and started making a living at it at the age of 19. He's worked with every major publisher, and with many talented writers. Jones was a part of Artamus Studios for three years in the Chapel Hill area of North Carolina, before locating to Orlando, Florida where he and his family lived for almost seven years. After continuing his career in comics in Orlando, Jones was hired by Disney Design Group at Walt Disney World, where he developed artwork for the Disney theme parks. After three years at Disney, he moved the family back north, where all the grandparents could enjoy the growing family. Now back to free-lancing, Jones enjoys getting to work in the comics industry, as well as doing work for Disney, Dreamworks, and many other clients around the world.


Retrieved from "https://marvel.fandom.com/wiki/Casey_Jones?oldid=4821512"
Community content is available under CC-BY-SA unless otherwise noted.