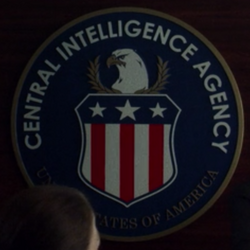 Most operations conducted by the C.I.A. are not known to the public. However, what operations that do become public are a result of leaks and scandals.

The C.I.A. debriefed Tony Stark, following his escape and rescue from the Ten Rings in Afghanistan.[1]

After the collapse of the intelligence organization known as S.H.I.E.L.D., Agent Sharon Carter began working for the C.I.A..[2] She eventually was assigned to the Joint Counter Terrorist Centre, a taskforce assembled by numerous agencies in order to apprehend the Winter Soldier.[3]

At one point, the C.I.A. had authorized a covert operation in Kandahar, Afghanistan call-signed Cerberus, which was designed for the capturing of high value targets for the purpose of interrogation and execution. The strike teams were composed of U.S. Force Recon Marines. Colonel Ray Schoonover was the commanding officer in charge, while C.I.A. field agent William Rawlins (solely known as "Agent Orange") was the C.I.A. liaison in charge of the operation. Lieutenants Frank Castle and Billy Russo were two of the head operatives involved with the operation.

During the course of the year-long operation, elements of corruption and war crimes had occurred during the operation, which included the smuggling of heroin via corpses and the torture and assassinations of innocent civilians. One such civilian was Afghan policeman Ahmad Zubair. A disastrous assault on a supposed terrorist hideout resulted in Castle assaulting Orange and the disbandment of the operation.[4]

Evidence of the atrocities committed by Operation Cerberus was discovered by NSA analyst David Lieberman. In order to cover up his tracks, Rawlins, who was now the Director of Covert Affairs, had Homeland Security agent Carson Wolf paint Lieberman as a traitor and assassinated him. However, Lieberman survived the assassination attempt and was already able to send it to Zubair's former partner and Homeland Security agent, Dinah Madani.[4]

Over the next year, Madani and Lieberman would separately take their time building a case against the perpetrators of Operation Cerberus, while Rawlins rose up the ranks to become next in line for the Deputy Director position, which his mentor Marion James would be leaving behind. Rawlins learned that Madani was close to finding Gunner Henderson the marine who leaked evidence of the crimes of Operation Cerberus, so he sent a strike team to assassinate Henderson. The strike team was successful in fatally wounding Henderson, but Rawlins found out that Castle was on his trail as well.[5]

Rawlins enlisted the help of Russo, who was now the president of his own company Anvil Security, in order to silence Castle, but Castle, Lieberman, and Madani eventually pooled their resources together in order to take down both Rawlins and Russo. Director James eventually learned of Rawlins' rogue maneuvering and disavowed him.[6]

After the death of Rawlins at the hands of Castle, Castle's criminal record had been expunged in exchange for the demise of Rawlins and to prevent further embarrassment to the agency. [7].

Retrieved from "https://marvel.fandom.com/wiki/Central_Intelligence_Agency_(Earth-199999)?oldid=5582016"
Community content is available under CC-BY-SA unless otherwise noted.