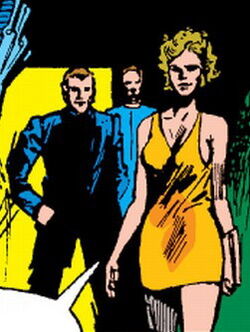 When Deathlok was severely damaged after having been duped by Hellinger into delivering a bomb that was supposed to destroy him, he was recovered by Mike Travers and delivered to the CIA. At the orders of the CIA head Teresa Deveraux, Dathlok was restored and then sent on a mission to disable Simon Ryker who had become linked with the Omni-Computer, becoming the Savior Machine[1].

After Deathlok forced Ryker out of the Omni Computr, the CIA attempted to restore Deathlok's mind to a clone of his original body, but the attempt failed[2].

Retrieved from "https://marvel.fandom.com/wiki/Central_Intelligence_Agency_(Earth-7484)?oldid=5545621"
Community content is available under CC-BY-SA unless otherwise noted.