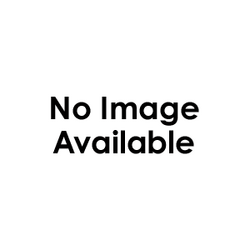 Chang was an employee of Landau, Luckman & Lake who was located in Madripoor. He dealt with the personal finances of Logan the mutant known as Wolverine. Early on his his career as an adventurer, Wolverine would realize the Landau, Luckman & Lake was more than it seemed when going to Chang to collect some of his money from the agency. Peeping through a keyhole, Logan would be surprised as Chang entered a disguised warp gate with a gun only to return moments later, with a different gun and appearing as though he had been gone for weeks[1]. However, he would not learn the full scope of LL&L's operations until recent times.

More recently, Logan -- operating in Madripoor in his Patch identity -- would trust Chang to keep his friends Jessica Drew and Lindsay McCabe safe from General Coy. However, Chang's office would be attacked by Coy's enforcers Roughouse and Bloodsport and would be killed in the attack.[2]

Like this? Let us know!
Retrieved from "https://marvel.fandom.com/wiki/Chang_(Madripoor)_(Earth-616)?oldid=6441286"
Community content is available under CC-BY-SA unless otherwise noted.