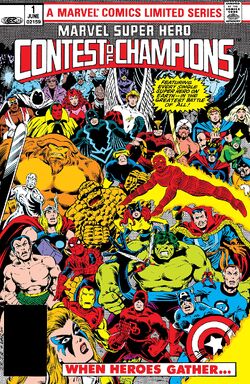 Locations
Somewhere in the Cosmos
Characters

The heroes of earth are abducted and transported to a large ship. The mystified heroes pondered how all of them got there. The Grandmaster and Death introduced themselves as the reason the heroes were captured. The reason the Grandmaster was playing was to restore life to his recently deceased brother, The Collector. Death could restore life to his dead brother. Both entities chose twelve players. Grandmaster chose Captain America, Talisman, Wolverine, She-Hulk, The Thing, Daredevil, 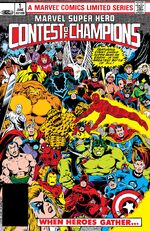 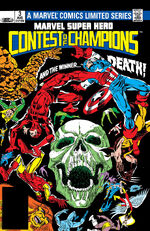 Retrieved from "https://marvel.fandom.com/wiki/Contest_of_Champions?oldid=4835461"
Community content is available under CC-BY-SA unless otherwise noted.