Cult of the Negative Zone 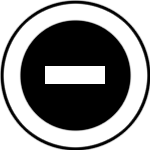 Team Aliases
The Other Side of Zero

Base of Operations
Other Side of Zero
Affiliations

The Cult of the Negative Zone was an espionage group connected to the Annihilation Wave. Based out of a spa/club/meeting-space called The Other Side of Zero, they recruited members to buy businesses in a rough circle around the Baxter Building, with the ultimate aim of using hidden devices to augment the power of the portal to the Negative Zone to create a path for the Annihilation Wave to Earth.

The cult's liturgy is based heavily on a notion of duality. They draw followers by positing that while an organism will eventually die in the positive-matter universe, in the Negative Zone, it can live forever.

The Cult sent a follower to use Johnny Storm to gain access to the Baxter Building portal, but he stopped them. Later, Johnny Storm was presumed dead in the Negative Zone, only to return to Earth leading the Annihilation Wave.

As Annihilus has joined the Galactic Council in a pact of noninterference with Earth, the cult is presumably without power and not doing anything at the moment for now.

The symbol of the cult is actually a stylized version of the Cosmic Control Rod.[1]

Cult
Retrieved from "https://marvel.fandom.com/wiki/Cult_of_the_Negative_Zone_(Earth-616)?oldid=5627399"
Community content is available under CC-BY-SA unless otherwise noted.