Lord of the Loa; Houngan

Human houngan;
Brother Voodoo's abilities and knowledge of the occult were passed down to him by the elderly Voodoo practitioner, Papa Jambo

Daniel and his twin brother Jericho grew up in an impoverished neighborhood in Port-au-Prince, Haiti where they were raised by their aunt, Matilda. From childhood, Daniel was destined to become a powerful Voodoo houngan (priest). The venerable mystic known as Papa Jambo indoctrinated Daniel in the Voodoo tradition, and taught him all of the observed rites and customs.

As an adult, Daniel adopted the identity of Brother Voodoo – a name that had been used to describe the village houngan for over three-hundred years. While Daniel remained in Port-au-Prince, his brother, Jericho, moved to the United States to attend college. As an educated man, Jericho looked down his nose at his family's religious upbringing, regarding it as little more than superstitious nonsense and fakery.

Some twelve years later, Jericho received word that Daniel's health was failing. Rushing back to Port-au-Prince, he discovered that an evil occultist trained in the ways of dark magic, had adopted the name of the Voodoo serpent god, Damballah, and had taken control of the village. Daniel tried to stop the zobop (false god), but Damballah used Voodoo magic to place a curse on Daniel. Daniel Drumm fell deathly ill, and at the stroke of midnight, Damballah used a Voodoo Doll in Daniel’s likeness to strike the final blow.

Before dying, Daniel made his brother vow that he would seek out the aging witch doctor, Papa Jambo and enlist his aid to stop Damballah. Jericho obeyed his brother's last wishes, and he wrapped his body up and brought it deep into the jungle to Papa Jambo’s hut.

Papa Jambo used his magic to bind Daniel Drumm's loa (spirit) to his brother, Jericho. He then trained Jericho to take Daniel's place as the new Brother Voodoo. As a spirit, Daniel resided until such time that he could be called forth to take action. No longer maintaining a physical body, Daniel possessed the ability to enter the bodies of others, temporarily displacing their own consciousness, and take control of them.

After Jericho died during his labor as the new Sorcerer Supreme, Daniel vowed revenge on Strange for his death, he used his abilities to possess Doctor Strange's friends and use them against him, Stephen had to appeal to dark magic to defeat Drumm and apparently destroy him.[1]

Daniel's spirit later returned along with his brother when he was revived with the help of Doctor Doom.[2]

Tired of waiting for his brother to find a way to bring him back to life, Daniel contacted the mystical ninja clan known as the Hand and offered information about the corpse of Bruce Banner. The Hand accepted and resurrected Daniel, who confronted and stabbed his brother while the Hand stole Banner's corpse, as they planned to resurrect him too.[3]

As a living being, Daniel Drumm possessed no known superhuman abilities. As a ghost, he can merge with the soul of his brother, allowing Jericho to increase his strength, speed and stamina. He can also exit his brother's body at will, and enter the bodies of others. While possessing another form, Daniel's spirit temporarily displaces the consciousness of the target, allowing him the ability to control their physical movements for an indeterminate amount of time.

Daniel Drumm was an expert in all aspects concerning the religion of Voodoo, including its history, language, music, traditions and rites. He was also proficient in the ways of Voodoo "white" magic and could presumably conduct any number of related rituals and incantations.

Daniel Drumm's strength level as a living being is unknown, but when joined with the body of his brother, he can increased Jericho's strength level, enabling him to lift/press in excess of 500 lbs.

While still alive, Daniel likely possessed various items relating to Voodoo, such as talismans, fetishes or other such gris-gris. 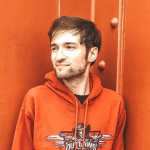