I've waited years for this -- and nothing can stop me now!

Appearing in ""When Strikes the Gladiator!""

Synopsis for ""When Strikes the Gladiator!""

Following the defeat of the Mandrill and the Black Spectre, Matt Murdock decides to remain in New York for the time being in order to get the District Attourney's office back in order while Foggy Nelson is still recovering and bids farewell to Natasha for the time being parting with a kiss. Out on patrol as Daredevil, Matt broods over his relationship with the Black Widow and the current state of things in his life, he returns home just to miss a phone call.

It is from Candace Nelson who is trying to get a hold of Matt Murdock to represent her now that two FBI agents have come to take her into protective custody. With no time to wait, they take the research papers she has collected and is being led out when suddenly her apartment is crashed by the Gladiator. He critically wounds the two FBI Agents, takes the research papers and escapes with Candace as his prisoner.

When news breaks out, Foggy and Matt are worried about Candace's well being, and Matt decides to investigate. Going to Empire State University, where Candace had told him her trouble began, he meets with School of Journalism teacher Charles Laing. Liang explains that Candace took an interest in the universities work with the military and stumbled upon experiments conducted by former ESU professor Ted Sallis regarding Formula SO-2 that would turn people into pollution breathing creatures so that the current rate of prophets for progress could continue unimpeded long after the pollution makes it too toxic for normal humans to live. The troubling fact about this research is that none of the research or it's findings ever went public and stranger still Sallis has since gone missing in the Florida Everglades.

Traveling out to Citrusville, Florida, Matt Murdock meets with radio DJ Richard Rory who tells Murdock everything he knows about the disappearance of Ted Sallis, the strange murders that happened at his old home, and the creature known as the Man-Thing. Being taken out to the Sallis property, both Richard and Matt are attacked by the Gladiator. When Richard is knocked out, Matt slips away to change into Daredevil.

During the fight, Daredevil has the advantage over his old foe, until Gladiator's missing swings cuts loose a tree branch that lands on Daredevil's head, knocking him out. Then out of the bushes comes the Gladiator's employer, a costumed villain known as the Death-Stalker. He orders the Gladiator to kill Daredevil, and as the Gladiator raises his arm to land the killing blow, the Man-Thing shambles out of the swamp to witness the scene.

This story is continued next issue... 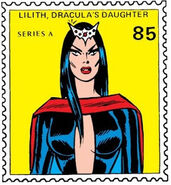