Appearing in "The Death of Daredevil Part 1: Thanatophobia"

Synopsis for "The Death of Daredevil Part 1: Thanatophobia"

• The eleventh hour draws near as Matt Murdock prepares to square off against the Kingpin of Crime!

• Matt is forced to ask himself how long he can take hits against the ropes as Daredevil before he has to hang up the horns.

• But first, Matt will have to embark on a crusade to free the city of New York from Wilson Fisk’s mayoral reign! 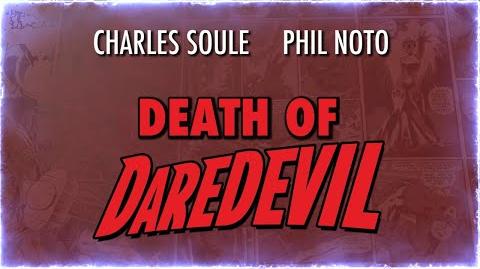 Retrieved from "https://marvel.fandom.com/wiki/Daredevil_Vol_1_609?oldid=6848870"
Community content is available under CC-BY-SA unless otherwise noted.