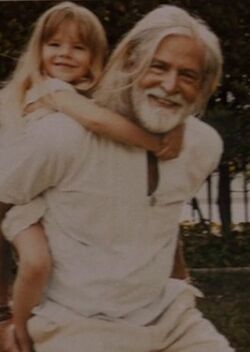 In 1979 David Ellerh was approached by a man named Jonah, who displayed supernatural light-based abilities. Ellerh was a hippie prophet whose religious beliefs matched those abilities, and so Jonah helped him found the Church of Gibborim, becoming a central figure in it. Jonah also fathered a daughter named Karolina with David's daughter Leslie.[1]

Like this? Let us know!
Retrieved from "https://marvel.fandom.com/wiki/David_Ellerh_(Earth-199999)?oldid=5650395"
Community content is available under CC-BY-SA unless otherwise noted.