It's these small-time petty jobs I'm getting. I'm hazy from the memory wipe, but I know I'm better than mercing out lame extras from Sons of Anarchy. I'm Dead-#@%$-pool! I need to let these &#@!$ know I'm back in the merc game, and these pissy little jobs aren't cutting it. I need something... I don't know... bigger.

Appearing in "Back in Business"

Synopsis for "Back in Business"

Skottie Young and Nic Klein bring you the craziest tales of the Regeneratin’ Degenerate yet! It’s been a while since Deadpool’s had to merc to make ends meet, but things are tough all over. While Deadpool tries to get his humble mercenary-for-hire business back off the ground, a catastrophic threat so unfathomably huge, so mind-breakingly cataclysmic it defies description, is heading toward Earth, and there’s only ONE PERSON WHO CAN STOP IT!!! 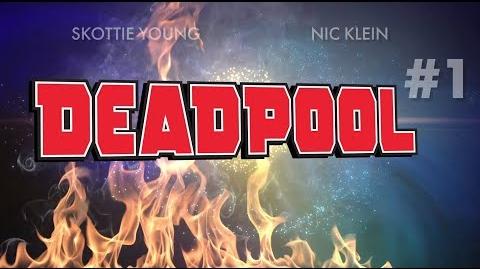 Go Behind The Scenes of DEADPOOL 1!