My one desire is for peace -- peace for everyone. Silver Surfer (Norrin Radd)

Appearing in "The Secret of the Silver Surfer!"

Synopsis for "The Secret of the Silver Surfer!"

Brief Summary:
After searching for months, the Sub-Mariner and Dr. Strange finally meet up with the Silver Surfer. Namor attacks him in anger and the Surfer flies away. Dr. Strange thinks he knows to where he fled and they pick up the Hulk as they head to the Himalayas. They find the Surfer and find out that his mind has been secretly controlled by Calizuma and the Warrior Wizards. They fight and easily defeat the Wizards. With the villains taken care of, Dr. Strange reveals to the Surfer that he may know a way for him to return to Zenn-La.

Detailed Summary:
After searching for the Silver Surfer for the past two months, the Sub-Mariner and Dr. Strange's astral form reach the southern oceans. Suddenly, the Surfer swoops down and lifts Namor out of the water. He's happy to see his one-time ally, but Namor doesn't share the same feelings. He attacks the Surfer for nearly killing him a while back. During the fight the Surfer easily overpowers the monarch of the sea and retreats to his "private valley," tired of men's violent ways.

Traveling back to Dr. Strange's Sanctum Sanctorum with Namor, Dr. Strange deduces that the Silver Surfer is going to the Valley of the Undying Ones. His late friend Kenneth Ward found the statues of the Undying Ones in a Himalayan valley and his diary notes its location. Recruiting the aid of the Hulk, the three heroes travel to the Himalayas and convince some of the local townspeople to lead them to the hidden valley.

Attacked by yeti-like creatures, they start to fight them off but are stopped by the Surfer. Namor once again lunges at him and demands an explanation for why the Surfer helped Necrodamus to capture him. The Surfer explains that this could not be true. Once he had found this valley of yetis he decided to live among them, which he has done for the past two months.

Suddenly the creatures change form and reveal their true selves. They are Calizuma and his minions are the Warrior Wizards. Disguised as the primitive creatures, they secretly controlled the Surfer's mind making him do the bidding of the Undying Ones. Battling the Wizards, the heroes make short work of them. They take down Calizuma by striking him with all their power at once. With the foes defeated, Strange uses a spell of atonement on them. The Surfer then laments that he can never return home to his love, but Dr. Strange comes up with a plan to get him there. 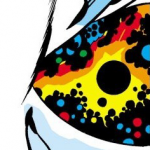 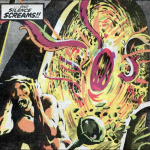