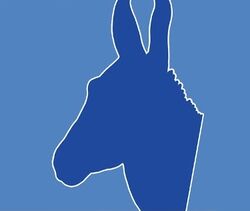 The Democratic Party is one of the two major contemporary political parties in the United States of America, along with the Republican Party.

Both the Democratic and Republican asked Captain America to represent them. He however told American people that his duty is to uphold the American Dream, but being President of the United States would require him to preserve the reality of the country. Since the two objectives are at odds, Cap must decline the candidacy.[1]

Like this? Let us know!
Retrieved from "https://marvel.fandom.com/wiki/Democratic_Party_(United_States)_(Earth-616)?oldid=5546215"
Community content is available under CC-BY-SA unless otherwise noted.