Devon Lewis is the son of Shirley Lewis and Garon Lewis. He helped out his mother working as an employee at the Daily Grind. At first, he didn't like Ben Reilly very much. He was skeptical about Ben because the first time he came into their shop, Ben was short on cash when he bought a cup of coffee. Devon's mother Shirley let Ben leave without paying the whole amount of cash, telling him to return the money some other time.[citation needed]

This was all much to Devon's dislike. Ben however returned with the money and got offered a job at the Daily Grind. Devon was still very hostile towards Ben, not trusting him. Luckily over the months, Devon started to see Ben for a good man, and the two got along well.[citation needed] What happened to Devon after Ben left the Daily Grind remains to be seen. 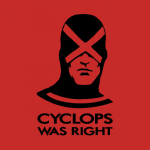