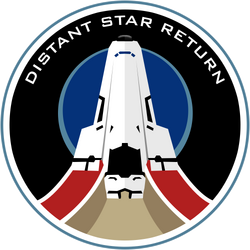 The Return of Hive

Gideon Malick reinitiated the Distant Star Pathfinder after Leo Fitz was able to bring Jemma Simmons back from Maveth. Malick then focused his attention on finding the five pieces of the Monolith that were carved out of the actual Monolith. Malick eventually found all five pieces and also acquired the help of Grant Ward along the way. Malick then had Ward kill Rosalind Price to anger Director Coulson and cloud his judgment as he had fallen in love with her. When Ward killed Rosalind, he dropped a note that said Malick was going to open another portal at the old British castle so Coulson would send Fitz and Simmons to one of the Distant Star Pathfinder's old bases where Hydra would be waiting for them. Malick needed them to figure out how to bring Hive back, so once he had them, he had Ward and Giyera torture them until they told them everything they wanted to know. In the end Fitz agreed to go with Ward to Maveth to protect Simmons. Coulson followed Ward to Maveth for revenge and to save Fitz. While on Maveth, Fitz found Will Daniels and tried to bring him back for Simmons. He and Will got away from Ward and made for the extraction point. Coulson caught up with Ward and used him to get to the extraction point. Fitz realized that Will was dead and that his body was possessed by Hive. As Hive was trying to kill Fitz, Coulson and Ward had arrived to the extraction point, saw Hive, and shot him. Ward took the opportunity to tackle Coulson, but Coulson pinned Ward down and killed him as Fitz lit Hive on fire with a flare gun. Hive then possessed Ward's body and went through the portal before S.H.I.E.L.D. destroyed the castle, the monolith, and the Distant Star Pathfider in the process, but not before Hive could make contact with Malick.[4][5]

Retrieved from "https://marvel.fandom.com/wiki/Distant_Star_Pathfinder_(Earth-199999)?oldid=5582027"
Community content is available under CC-BY-SA unless otherwise noted.