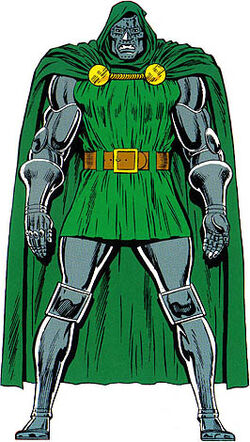 The mask is stifling... almost unbearable... and yet, it is less onerous than the truth it hides!

Doctor Doom's titanium armor is a nuclear-powered, computer-assisted battle suit. It was magically forged at a monastery in Tibet, and further enhanced via technological means over the years.[1][2]

Retrieved from "https://marvel.fandom.com/wiki/Doctor_Doom%27s_Armor?oldid=5553224"
Community content is available under CC-BY-SA unless otherwise noted.