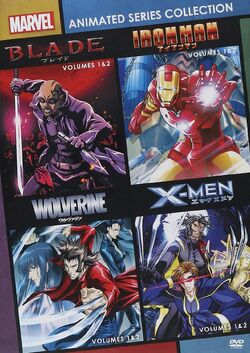 Marvel Anime is an anime series of several Marvel characters. This universe was created by Madhouse in collaboration with Marvel Studios.

Like this? Let us know!
Retrieved from "https://marvel.fandom.com/wiki/Earth-101001?oldid=6418870"
Community content is available under CC-BY-SA unless otherwise noted.