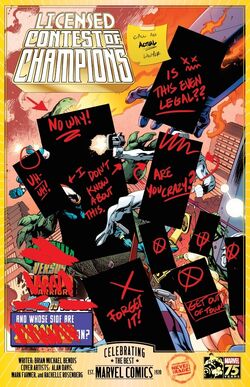 Earth-12318 was the setting of a Contest of Champions that had Godzilla battle against the Shogun Warriors and NFL SuperPro against Rom. The Micronauts were also involved.[1]

Like this? Let us know!
Retrieved from "https://marvel.fandom.com/wiki/Earth-12318?oldid=4471188"
Community content is available under CC-BY-SA unless otherwise noted.