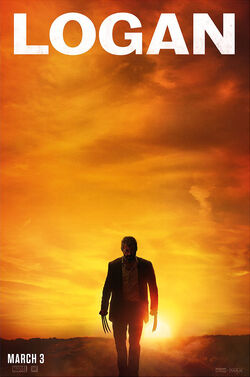 After his father's death at the hands of Weapon X in the 80s, Dr. Zander Rice and his company, the Transigen Corporation began tampering with the gene pool of the population in order to suppress the mutant gene from being triggered. Rice also later began breeding children into genetically enhanced mutants that he hoped would follow his orders.[1]

By the late 2020s, the mutant population had mostly gone extinct for no new mutant had been born in over two decades. Simultaneously, the mutants that sought sanctuary in Xavier's School were driven away after an incident resulted in the injury of many and the death of a few of the X-Men. Charles Xavier, seeking redemption from his accidental loss of control, persuaded surviving X-Man Logan into helping a rare mutant child travel to a new mutant sanctuary set up in Canada. After a long, bloody journey through North America, Logan learned of Zander's plot to rid the world of mutants, besides the children he manufactured into becoming mutants, and put an end to it. In the end, Logan helped the mutant children find liberation and sanctuary, before succumbing to his wounds and Adamantium poisoning.[1]

Like this? Let us know!
Retrieved from "https://marvel.fandom.com/wiki/Earth-17315?oldid=6465605"
Community content is available under CC-BY-SA unless otherwise noted.