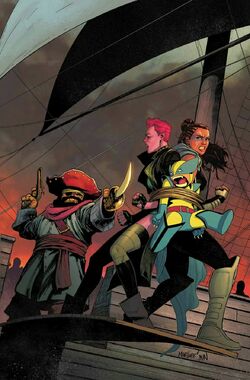 Earth-66881 is a reality where Doctor Doom used the Time Platform to trap the Fantastic Four in the 18th-century Caribbean Sea. After they eventually found their way back, Ben Grimm decided to stay and became a pirate captain fighting against slavery.[1]

Like this? Let us know!
Retrieved from "https://marvel.fandom.com/wiki/Earth-66881?oldid=5087688"
Community content is available under CC-BY-SA unless otherwise noted.