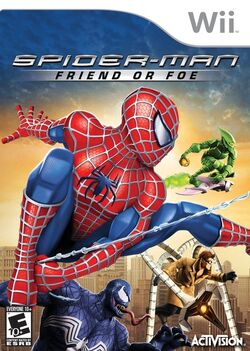 A divergent Earth-96283, with major differences, such as the deaths of Green Goblin, Doctor Octopus, New Goblin and Venom not happening.

Like this? Let us know!
Retrieved from "https://marvel.fandom.com/wiki/Earth-71002?oldid=6082555"
Community content is available under CC-BY-SA unless otherwise noted.