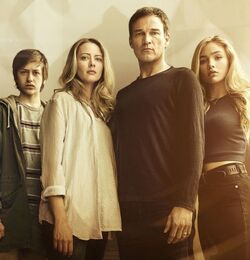 In this reality Mutants are not a new phenomenon, but have been appearing since at least the 1950s, and the world at large has been aware of their existence in large numbers for several decades. The 7/15 incident caused multiple civilian casualties and resulted in severe restrictions on mutant rights in the United States.[citation needed]

Introduced in The Gifted

Like this? Let us know!
Retrieved from "https://marvel.fandom.com/wiki/Earth-TRN674?oldid=6464672"
Community content is available under CC-BY-SA unless otherwise noted.