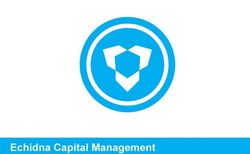 After observing the success of The Typhon Group, Hydra became committed to creating a second company to feed its ambitions, and founded Echidna.

It's a venture capital firm whose objective is to fund and gain control of companies that are on the cutting edge in specific key areas. Which are Nanotechnology, Aerospace Engineering and Manufacturing, Genetic Engineering, Next Generation Military Systems, and New Media.

Among the companies they have funded have been Lernaean Strategies, Canaan Incorporated, Argolid, and The Black Atlas Foundation. By the year 2009, it was managing $2.3 billioni in capital.[1]

Retrieved from "https://marvel.fandom.com/wiki/Echidna_Capital_Management_(Earth-616)?oldid=5546369"
Community content is available under CC-BY-SA unless otherwise noted.