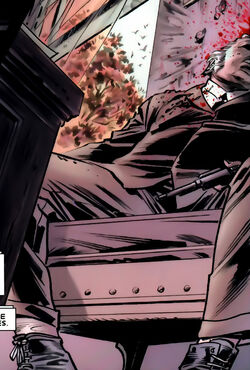 Elias and his brother Frederick survived a shipwreck that had killed their parents. Elias went on to own and operate the Hudson Bay Company, who previously employed James Howlett, his nephew (who he didn't know). Shortly after James left the company, Elias committed suicide in his office.

Like this? Let us know!
Retrieved from "https://marvel.fandom.com/wiki/Elias_Hudson_(Earth-616)?oldid=4238594"
Community content is available under CC-BY-SA unless otherwise noted.