Ellie Roberts and her brother Eddie as well as their friends Dave Carter and Jason Grey found Adam Warlock in the desert when he first came to Counter-Earth. For a time, the four were good friends with Adam Warlock and aided him in his journeys on Counter-Earth.[1]

Ellie's father Barney was a colonel in the army and was a top official involved in the H Bomb testing at Einwetok. Ellie and her brother Eddie were held hostage by one of the High Evolutionary's creatures known as Triax (also called Trax). Adam Warlock tried to catch Eddie when Triax thrown him off a bridge, but Adam was too late and Eddie was killed. Ellie was devastated. Adam Warlock left his three remaining friends.[2]

When the Incredible Hulk later found himself marooned on Counter-Earth, he joined the resistance group against the Man-Beast that included Ellie, Dave, and Jason. The group later watched as both the Hulk and Adam Warlock departed Counter-Earth.[citation needed]

Counter-Earth was later destroyed by Thanos.[3] Ellie, Dave and Jason are presumed dead. 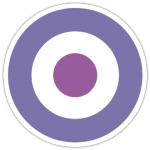