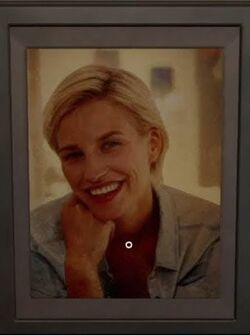 Emily once met and fell in love with wealthy businessman Norman Osborn. Together, they had a son, Harold "Harry" Osborn. Emily had a strong bond with Harry, different of his father, who was always busy with Oscorp. She was first diagnosed with Oshtoran Syndrome in 1984, following a series of medical incidents, after which Norman desperately searched for a cure but to no avail, and she eventually passed away. Years later, Harry had the idea of commissioning several environmental research and protection labs to place atop buildings in New York City which would carry on his mother's legacy of environmental welfare studies.[1]

Like this? Let us know!
Retrieved from "https://marvel.fandom.com/wiki/Emily_Lyman_(Earth-1048)?oldid=6490038"
Community content is available under CC-BY-SA unless otherwise noted.