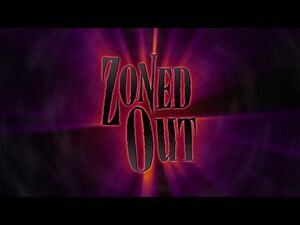 Appearing in "Zoned Out"

Synopsis for "Zoned Out"

Things take a turn for the worse when Johnny gives his friend Frankie an unauthorized tour of Reed's lab. When Frankie is sucked into another dimension, Johnny goes in after her to prevent anyone from finding out. But as he does so, a small bug comes through the dimensional portal. Susan, Ben, and Reed now have to deal with the bug as it multiplies and slowly destroys the Baxter Building, while Frankie and Johnny are trapped in the other dimension and look like they will be killed by worse versions of the bugs. In the end, Johnny and Frankie get back to Earth and the bugs are all put back to where they belong - except for one who remains in an old lady's fridge.

Retrieved from "https://marvel.fandom.com/wiki/Fantastic_Four:_World%27s_Greatest_Heroes_Season_1_7?oldid=5224322"
Community content is available under CC-BY-SA unless otherwise noted.