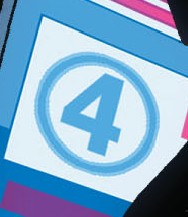 Reed and Sue were rumored to have been beaten up and dumped in the timestream by Kang; however, this information was heard third-hand from The Shocker, thus making it uncertain as to whether or not it is actually true.[1]

Ben was apparently killed when the villains became organized and seized control of the country. Ben's hand and arm were mounted in a display case in The Red Skull's Trophy Room.[2]

What became of Johnny is unrevealed, though Hawkeye commented that knew what happened to Johnny but never revealed his fate.[1]

Retrieved from "https://marvel.fandom.com/wiki/Fantastic_Four_(Earth-807128)?oldid=5036466"
Community content is available under CC-BY-SA unless otherwise noted.