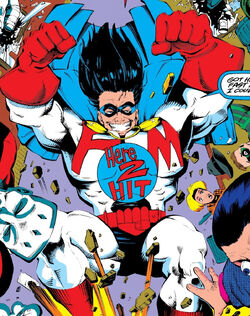 He appears to be vulnerable to fire (although not to corrosive acid or nuclear energy blasts), asphyxiation, and has been twice defeated by having buildings knocked over on him.

Like this? Let us know!
Retrieved from "https://marvel.fandom.com/wiki/Frank_Bigelow_(Earth-616)?oldid=5427287"
Community content is available under CC-BY-SA unless otherwise noted.