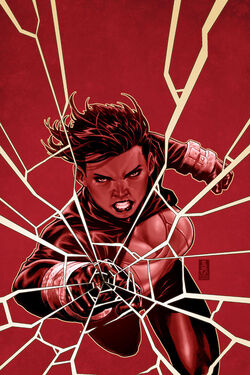 Joanna Cargill first appeared under the alias of Frenzy, working with the Alliance of Evil. Over time, she joined the Acolytes, now using the alias Cargill and extremely devoted to the cause of Magneto. She was with the Acolytes during the fall of Avalon, and later escaped prison with them. Cargill was later forced to help the X-Men, and left as soon as she was freed from Jean's control. Cargill returned to the Acolytes after M-Day and fought with them during Messiah Complex. When Exodus was trying to save Professor X after, Cargill tried to kill the Professor, only to be injured by a then human Magneto. Professor X would return and fix her mind, and she would then follow the majority of mutants to San Francisco, and soon Utopia. After the events of the Age of X, she would join Rogue's team of X-Men, alongside Magneto. She is currently a member of the X-Men at the Jean Grey School For Higher Learning. 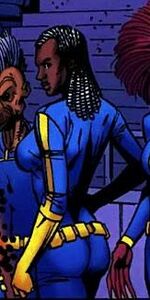 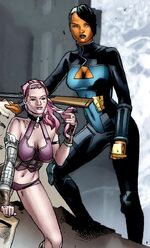 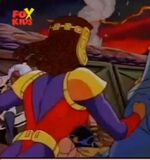