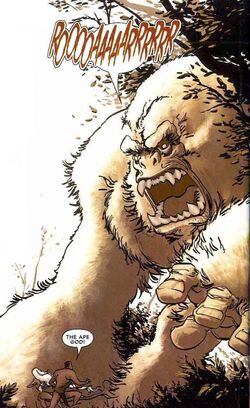 Seemingly those of a Vodū god. He could possess shapeshifting powers as he was once seen as a giant[2] and with different colors of fur, at least white[2] or brown.[1]

Like this? Let us know!
Retrieved from "https://marvel.fandom.com/wiki/Ghekre_(Earth-616)?oldid=6076347"
Community content is available under CC-BY-SA unless otherwise noted.