Marvel Database
Register
Don't have an account?
Sign In
Advertisement
in: Disambiguation Pages, Ymir Family, Giants of the Ten Realms, Giants of Jotunheim

There are many breeds of Giants in Jotunheim. Mountain Giants. Storm Giants. Brine Giants in their shanties made of smashed ships. Man-eating Lard Giants and black-winged Shadow Giants and warrior She-Giants with spears that could touch the cloud. But since the beginning of time, there has always been one race race of Giants more fearsome than all the rest. Giants, they say, that even Gods have learned to fear. The Frost Giants. Lords of the rime and the cold.

Many types of Giants dwell in the Realm of Asgard, and mostly in Jotunheim. The Giants of Jothunheim are also known as Etins,[1] Jotunkind,[2] Giantkind,[3] Jotnar,[2] Jötunn,[4] or Jotuns.[citation needed]

There is no known relation between the Giants of Otherworld, and the Giants of Jotunheim (nor the Gigantes).[5] Some of those are originated from Niffleheim, where was born Ymir,[6] and some still live there.[7]

The shape-shifting giantess Angerboda, born to the Elderspawn Vârcolac and Echidna (respectivelly spawn of the Elder Gods Chthon and Set),[8] was considered a giant of Jotunheim.[9]

Races of Giants of Jotunheim 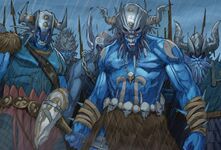 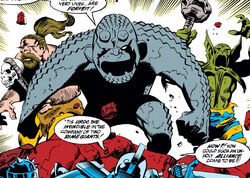 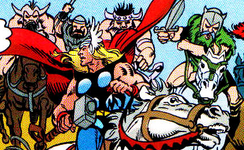 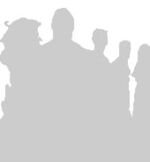 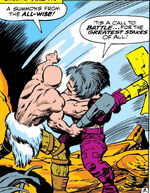