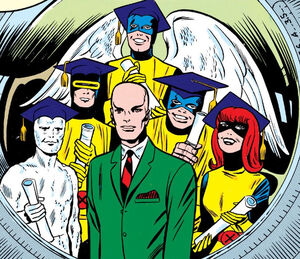 The Marvel Universe has many people with varying levels of education. Many of the greatest minds have attended some of the most prestigious Universities in the world further expanding their already genius intellects.

The world is also home to a large number of young superhumans with powers far beyond their understanding. Many have took it upon themselves to create institutions to train them in the use of of their powers, for the good of humanity or for their own ideology. Those set up in the United States of America are;

Internationally their are similar schools;

The United States of America they have what is known as the Ivy League which are considered the best universities in the country these include:

The leading technical school; where students excel in math, science, engineering, or programming are;

Other famous universities include: