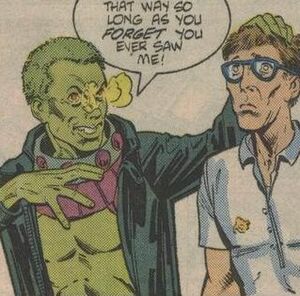 Hypnotism is a form of mind control that overrides the willpower of sentient beings, making them highly suggestible to commands. Victims often fall into a zombie-like entranced state while carrying out the hypnotists' direct commands. However, post-hypnotic suggestions can be placed in the subconscious mind of a victim, affecting their behavior even after they awaken from the trance state.

Hypnosis can be accomplished through mechanical means, through the application of a super-power, or by rigorous self-training by non-powered individuals. It can be initiated by a psychic force of some kind, or through the manipulation of the senses using hypnotic lights or sounds to entrance the victim.