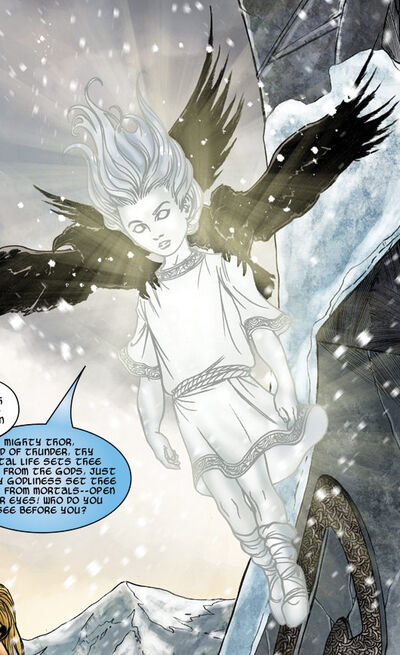 The Odin-Force, also known as the Power of the All-Father, All-Power, and - when wielded by Thor, the Thor-Force - is the power that enables Odin to be the most powerful of the Asgardian Gods. Pictured is the Odin-Force taking the form of a fallen Asgardian boy. This power is near-infinite and seems to allow Odin, and later Thor, to become almost invincible, and seems to allow them to rival the powers of the strongest beings in the universe. The limits of its power are unknown, but if overused, it forces the user to enter a deep sleep to recover - leaving them vulnerable in the process.