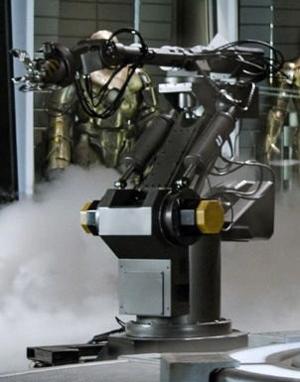 A robot is a mechanical or virtual artificial agent, usually an electro-mechanical machine that is guided by a computer program or electronic circuitry. Robots can be autonomous or semi-autonomous and range from humanoids, to industrial robots, collectively programmed swarm robots, and even microscopic nano robots. By mimicking a lifelike appearance or automating movements, a robot may convey a sense of intelligence or thought of its own.

This could include Androids, Synthezoids, artificial intelligence and Golems.