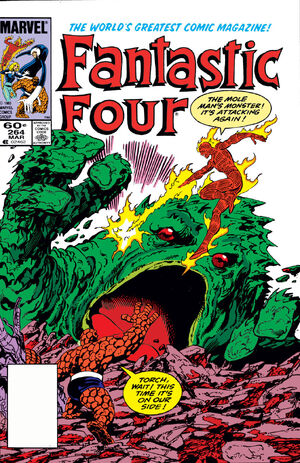 The Subterraneans consist of various races, each created by the Deviants and living under the surface of the Earth. They were created as slaves but when their masters left they were free to form their own society. Mole-Man became the leader of the land when he made Subterranea his home.

Retrieved from "https://marvel.fandom.com/wiki/Glossary:Subterraneans?oldid=4174140"
Community content is available under CC-BY-SA unless otherwise noted.