A male sorcerer who practices black magic, that is to say, who manipulates magical energies granted to him by malevolent entities such as demons. A female sorcerer (sorceress) who does so is a witch. These terms have also been applied unjustly to sorcerer who are members of ancient cults which were wrongly thought to involve devil-worship. Also the name of several characters.

Hydrokinesis is the paranormal psychic ability to control and manipulate the movement of liquid water using the power of the mind. 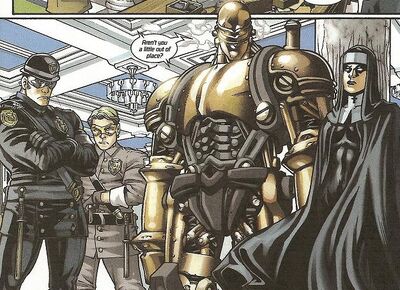 Wonders was a term used for powered individuals in the 1900s. Gangs which used the term included: