Marvel Database
Register
Don't have an account?
Sign In
Advertisement
in: Races, Secret Identity Races, Races of Deities,
and 11 more

Some of the Gods of Earth (notably the Daevas) have uniquely colored skin and multiple arms while others (notably the Ennead) have a mix of human and animal characteristics.

The Gods of Earth are extra-dimensional races of beings who once existed on Earth in its distant past and are now or were once worshiped as gods or deities by the different cultures on Earth. It is known they are descended from the primeval earth-goddess Gaea and over the years have separated into tribes or pantheons, each pantheon connected to worshipers separated on Earth by either geological, cultural or environmental boundaries.[citation needed]

The exact origins of the Gods of Earth are lost in antiquity, but it is known that every culture has its own, often contradictory, myths on the creation of the universe. What is known is that soon after the creation of the Earth, the Demiurge, the embodiment of the planet's potential biosphere, seeded it with its own life essence, producing the Elder Gods known as Set, Chthon, and Gaea among others. Most of these deities degenerated into demons, forcing Gaea to have to sire a son Atum to destroy most of them, while the few that survived were driven away to nether realms. Atum and Gaea may have fathered the later pantheons of gods, but this is unrevealed.[3]

Circa 19,500 BC or earlier, Crom banished the demon Shuma-Gorath. Circa 18,530 BC,[citation needed] Erlik made the Valusian soldier Vonndhar a servant of his.[citation needed]

Around 18,500 BC, the deities who will later become known as the Elder Gods of the Hyborian Age intended to make King Kull of Valusia the vessel of their power, but chose instead to make the immortal cat Sedrick (felinized by the sorcerer Thulsa Doom) the container of their power.[citation needed]

After the sinking of Atlantis, the Hyborian Age began as gods such as Mitra, Asura, Derkerto, Derketa, Ishtar, Ashtoreth, Astorte, Bel, and even Set from his dimension sought worshippers in the aftermath of the disasters.[citation needed]

Circa 10,500 BC, the Priestess of the Cult of Creation, Princess Noyo of Khitai, fled from Pau Styss the Demon Lord. Battling him, her lords turned her into a mystic wind that drifted away. Circa 10,100 BC a man named Kaleb forcibly left his priestly brotherhood due to his siring a child named Solaise. Working with the Council of Seven, he stole the Child of the Elder Gods. Later regretting his actions, Kaleb's daughter became the host of the Child of the Elder Gods, henceforth unaging. Elsewhere the Primal Gods created a mate for Noyo (who at some point inhabited a Cimmerian village), a man named Laynnen. Later Laynnen and Noyo would face Pau Styss. Even later, the demon known as the Devourer of Souls would gain the power of the Elder Gods of the Hyborian Age from Sedrick and Solaise. Fortunately, his plans saw defeat. Later, Solaise would visit a prince named Conn to bestow on him the Sword of the Elder Gods.[citation needed]

Later, cataclysms ended the Hyborian Age, giving rise to pantheons of inter-related gods who sought worshipers within their spheres of influence. Some of these gods, like the Titans, later conceived generations of gods by whom they were supplanted and replaced.[citation needed]

Among the earliest gods still active in the post-Hyborian world are the Sumerian and Egyptian Pantheons. Circa 2950 BC the deity Khonshu opposed Rama-Tut, while Set and Isis appeared to En Sabah Nur, the future Apocalypse. The Asgardians came to be worshiped by the Norsemen, and the Olympians, the successors of the Titans, were worshiped in Greece. Other gods appeared before each of the great civilizations, looking for followers. In a few places, like Greece, the Eternals were mistaken for the Olympian gods, a situation that the Olympians tolerated most of the time, knowing that the Celestials were watching from afar.[11]

The Gods of Earth have met a few times since 1000 AD, requiring the creation of the Council of Godheads, a group comprised of the godheads of each pantheon on Earth, although this was not always preclusive. Athena has recently appeared to the group in the absence of Zeus.[12] Odin was also impersonated by Loki during another gathering.[13]

The earth-gods have varying level of strength from a race to another, with often a difference between male and female, in favor of the male:

The Gods of Earth usually take on the cultural traits of the culture of their worshipers. 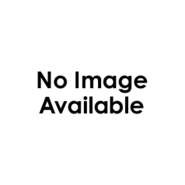 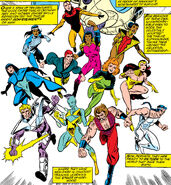 Gods of the Modern Age

In the Modern Age, new pantheons spawned from the technological and societal changes of Earth. It is unknown what relation, if any, those gods have with Gaea, and consequently if they can be considered "Earth-Gods". 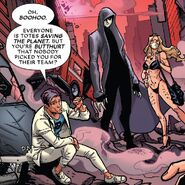