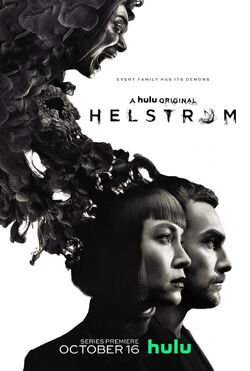 Helstrom (previously known as "Marvel's Helstrom") is a stand-alone series created by Marvel Television for Hulu. This series is the second and final series, preceded by Marvel's Runaways, created by Marvel Television for Hulu, and was also the final series made by Marvel Television before it was folded into Marvel Studios. Although initially reported to be in the Marvel Cinematic Universe, showrunner Paul Zbyszewski clarified in an interview shortly before the series' premiere that the show would be a standalone entry separate from the MCU,[2][3] which was later backed up by star Sydney Lemmon.[4] The series focuses on Daimon and Ana Helstorm, characters based on Daimon and Satana Hellstrom.

The series was announced in May 2019 alongside a Ghost Rider series starring Gabriel Luna's Robbie Reyes from Marvel's Agents of S.H.I.E.L.D..[5] Collectively, these two series were meant to launch a series of horror-themed series based on Marvel Comics called "Adventure Into Fear."[6] Hulu, however, decided not to move forward with Ghost Rider that September,[7] and all planned Marvel Television projects ceased development in December when the studio was folded into Marvel Studios.[8] This left Helstrom as the only "Adventure Into Fear" series to be produced.

The series' main cast was announced in October 2019. Tom Austen and Sydney Lemmon were cast as Daimon and Ana Helstrom; Elizabeth Marvel will portray their mother Victoria; Robert Wisdom as the Caretaker; June Carryl as the psychologist Dr. Louise Hastings; Ariana Guerra as Gabriella Rosetti; and Alain Uy as Ana's business partner Chris Yen.[1] Daniel Cudmore[9] (Colossus in the X-Men movies) and David Meunier[10] were later added to the recurring cast.

On December 14, 2020, Hulu officially announced that this series had been canceled after one season.[11] 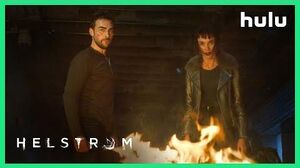 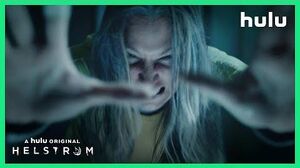 Like this? Let us know!
Retrieved from "https://marvel.fandom.com/wiki/Helstrom_(TV_series)?oldid=6126982"
Community content is available under CC-BY-SA unless otherwise noted.