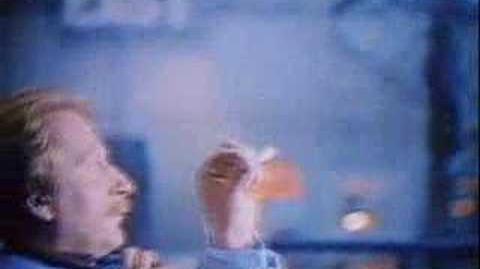 The film was widely panned and was a U.S. box office bomb. In his Movie Guide, Leonard Maltin calls the film a "hopeless mess of a movie." The film was also among Siskel and Ebert's picks for the "Worst Films of 1986."

Steve Gerber told Starlog that he liked it better than any other Howard the Duck script that he had read. He has retracted this statement numerous times.

"As for my comments at the time about the film script, well -- to put it bluntly, I lied. I was hoping against hope that the script and the movie itself weren't as bad as I thought they were. Or at least, that they wouldn't be received as badly as I thought they would. I hated most of the movies coming out of Hollywood at the time, and the ones I hated most turned into box office blockbusters. I didn't think my own tastes were a reliable indicator of what the public might want, so I tried to say nothing that would discourage people from seeing the film. Sadly, the HTD movie was one of the few instances in which my taste and the public's coincided.”"

Even though it was a commercial failure in the U.S., the movie managed to gross outside the U.S. $21,000,000 -- beating its domestic gross by over 55%, and therefore exceeding its costs. It was also quite successful at the Finnish box office.

The film did renew enough attention on the character for Marvel Comics to keep using the character on occasion. It also still gets television showings on RTL 2 and VOX in Germany, TVE2 in Spain, Space and CTV in Canada and the occasional screening in the UK on satellite broadcasts. Most recently it was shown on the U.S. pay-TV network Encore on July 21, 2007.

Like the film itself, the soundtrack album has its own appreciative 'cult' despite its commercial failure. The album's rarity alone makes it a much sought after collectible; few copies were produced or sold (being the soundtrack to a movie that not many people saw in theatres), the album has been out of print for decades, and the tracks have never appeared on any other releases. The 'star-power' of the soundtrack also has also added to its collectability - the original score was composed by John Barry, with additional music composed by synth wizard Thomas Dolby; George Clinton, Joe Walsh and Stevie Wonder also appear on the album.

On some B Sides of some of the album singles, an alternate version of "Don't Turn Away" was released with vocals entirely by Lea Thompson and this version is the same as the one featured in the movie.

One notable song is the "Howard the Duck Megamix", a remix of the album track, and which was released as a B Side.

The tracklisting for the original release was as follows: