At a secret military facility, a black SUV pulls in and the passengers get past the security checkpoint by showing valid identification. However, as their vehicle pass, toxic gas comes out of the exhaust pipe, killing the soldiers standing guard at the gate. Thanks to the gas they have released, everyone on the property is killed. Wearing gas masks, the two occupants get out and work their way down into the lower levels where they use a stolen key to open two massive security doors.

Meanwhile, Bruce Banner continues his trek across the New Mexico desert where he happens upon a diner and gas station out in the middle of nowhere. He goes into the general store and purchases two pairs of massive pants for when he turns into the Hulk. He then asks if the diner is open, the woman who runs the store says that the person who runs the diner should be there shortly. Turns out, it is the same woman when she comes to take Banner's order in the diner a few moments later. He orders a coffee when he learns that it is all she has in stock because a supply truck won't be by until Tuesday. At that moment, a pickup truck pulls up and the woman is horrified to remember that it is payday down at the nearby derrick. Meanwhile, at the secret facility, the two intruders -- S-2 and S-3 of Home Base -- enter the secured room in the bowels of the complex. There they find the Abomination who is still shackled and is being forced to watch footage of the last time he was with his wife Nadia Dornova. When S-2 tries to tag Emil Blonsky with a dart, he chokes because he can't get a good aim in the darkness. S-3 decides to take command of the situation and manages to tag their target. As the Abomination wakes up from his deep slumber, the two Home Base operatives inform him that they have an offer.

Back at the diner, the men from the derrick come in and order beer. When the woman tells them that she is all out of beverages. When their leader, Hank, tries to force himself on her, Banner steps in. Hank finds this hilarious and punches Banner, however with the strength and durability of the Hulk in his human body, he hardly feels it. While at the facility, S-3 gives the Abomination the terms of Home Base: Do their bidding or they will detonate the explosive device now embedded in his neck. The Abomination stands silent, and so they show him footage of the man they want: Bruce Banner, aka the Hulk. At that moment at the diner, Banner uses his enhanced strength to overpower the derrick workers and throw them out of the diner. While back at the secret base, S-3 explains that they need an alternative to capturing the Hulk as all other attempts have failed. Reiterating the terms of his assistance, she asks the Abomination if he will help them. Suddenly, the Abomination begins to laugh, and the two agents exit the facility to plan their next move.

Meanwhile, at the diner, the woman who owns the place is shocked by the fact that Banner was able to chase away a half dozen large men. While outside the facility, S-2 suggests that they cut their losses and run before Home Base finds out they failed and eliminates them. However, S-3 tells him to keep it together and contacts their leader. At that moment, the woman invites Bruce to stay in a storage room for the night, which he gratefully accepts instead of sleeping in the desert. However, the woman finds that the place is far too cluttered and dirty but Bruce accepts it anyway. As Nadia leaves, she tells Bruce that if he needs anything to let her know. Simultaneously, the mastermind behind Home Base is unimpressed with S-2's cowardice in trying to enlist the Abomination to their cause. Later that evening there is a massive downpour of rain which leaks into the shed that Bruce is sleeping in. Nadia comes out and invites him to come back to her house and sleep there where it is dry. When her flashlight goes out she admits she is afraid of the dark and asks Bruce to accompany her while she hunts up the few candles she has left. Once they are lit, Bruce prepares to go down to the diner and sleep in one of the booths, but can't help but wonder why a woman who is afraid of the dark would live out here alone in the middle of nowhere. She explains that not everyone is a master of their fate. Deciding that having Banner is there is the lesser of two evils over the dark, she takes off her nightgown and invites him into her bed. Banner, joins her and she blows out the candle.

Meanwhile, the two Home Base agents are shown video footage of Bruce Banner as he arrived at the diner earlier that day he then shows them footage of Banner joining Nadia in bed. Back at Nadia's home, the two begin talking after their romantic interlude. When Banner tries to touch the scar on her face she flinches back telling him that they are her burden. Back at the base, S-2 asks S-3 about the scars on her face. She explains that she got them "in the trenches". They then go back into the Abomination's cell and play back the video recordings they have of Banner. Seeing his oldest foe in bed with his ex-wife causes the Abomination to explode into a fit of rage so strong that he breaks free from his shackles. Unphased by this, S-3 takes the Abomination's reaction as a positive response to their offer. 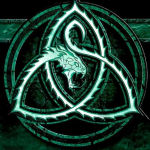